SuperLab 4.0.6 provides several new features and bug fixes. It is a free update to all SuperLab 4 users. You’ll be able to open all previously saved experiments in 4.0 or later, but once an experiment is saved with 4.0.6, you will not be able to open it with a prior version.

SuperLab 4.0.6 adds powerful new trial-level conditional features. For example, this lets you repeat a block while only showing trials that were not answered correctly or trials that were skipped earlier: 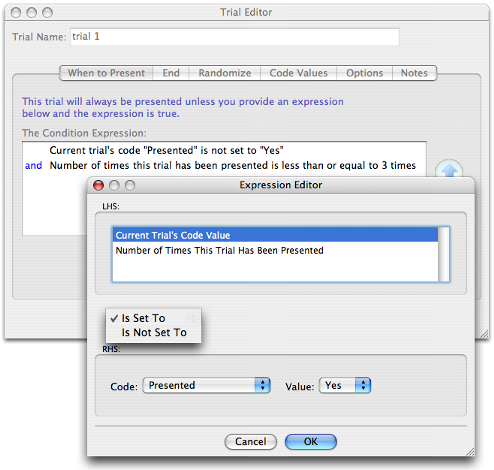 SuperLab for Macintosh now has a more native look: